The University of Southampton Students' Union (also known as SUSU) is over 100 years old, having represented the students of Southampton's premier academic institution since its creation in 1903. The opening of the Hartley Institute in 1862 by Lord Palmerstone was the first step towards the creation of our successful modern university. However, before 1903, the students that studied technology at the High Street-situated Institute had no formal representative body. Its incorporation into the University of London in 1902 led to the creation of the Hartley University College at Southampton, which housed 171 students, spawning the Students' Union.

The origins of this body were very different from the democratic structure that exists today. Self-government was not permitted until 1921 when one male and one female from each faculty were elected to form a Students Council. This provoked an explosion in student activities, through the early clubs and societies, as well as the creation of the Wessex Scene newspaper in 1936 and the West Building, which housed the Students Union. On the 29th April 1952 a young Queen Elizabeth II granted the college a charter for university status. This allowed Southampton to emerge from London's shadow and hand out its own degrees.

To celebrate this occasion the first bar was built in the old Games Room in 1953, selling several beers and wines. Both of these events were to give rise to Southampton's great success in the second half of the twentieth century through the combination of academic excellence with a great social scene. In 1967 the current Union building was opened with many more facilities than that of the West Building. For the first time the University had catering, shopping, socialising, indoor sports and a debating chamber under one roof. The administration of the Students Union was also given an overhaul, as sabbatical posts were designated for those elected for Union control, such as the President. The Union Building, designed by Sir Basil Spence, has undergone a number of renovations, the greatest of which was completed just before Christmas 2002 incorporating the Cube nightclub, the Union Cinema and four bars.

The Students' Union is today as vibrant and innovative as ever. We may have swapped our debating chamber for a nightclub, but Southampton still holds its head high. On the national stage it is one of the leading students unions in the country. Our voice is heard on political issues as diverse as housing, fees, and international student visas. Your Union represents you not just to the university but to the country and occasionally even further. 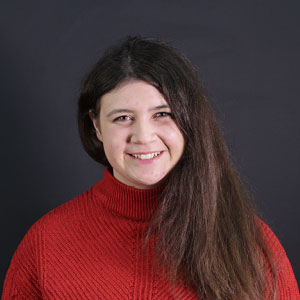 A number of former Union Presidents have gone on to have political careers, with several of them currently serving as MPs in Parliament. Before the 1960's the President was a volunteer role and not a full-time sabbatical role, hence the number of resignations