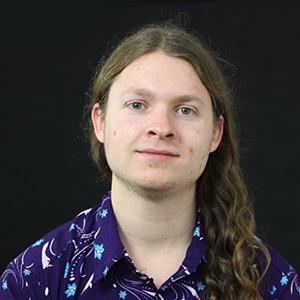 Why vote for me?

I’m Corin, 22, studying Electronic Engineering. I like long walks on the beach, tunnels, board games, and love animals. I’m beautiful, and can do sick circus tricks with up to one of my eyes closed, so you should choose me.

As VP Activities, I want to:

*These will be difficult to implement.

Why I’m the best:

Questions & Answers Ask me a Question

You have put a lot into your manifesto, basically a huge list including "End climate change.*" as you recognise some will be "difficult" do you seriously believe you can make a dent in this list as opposed to setting yourself a realistic list that could be tackled.

All the things without asterisks are doable and not hugely difficult. The main ones of those which I believe will require a lot of work are "advertise societies" and "reward/recognise volunteers". There are loads of screens around SUSU and around University which could be used to advertise events. Although that's difficult because each department controls their own screens. We can run events to advertise other events or help societies advertise other societies. Giving discount cards to volunteers is kind of being done, but only to committees at the moment. Either letting volunteer committees choose which dedicated volunteers can have them or by giving them to people who complete volunteer ebadges are ways of giving them out. Recognising volunteers is hard. People have told me that the EVAs is basically a big party for RAG (who I love) and other societies usually aren't recognised as much. This year, it's changing to "Society awards", which may be better, but we won't know until we see. Other things are difficult because they will cost SUSU money or making significant changes to the systems which currently work. I want to make them happen and I don't think any of them are impossible, but don't know how much power VP Activities has, so I don't want to say I'll definitely be able to do these things and end up lying, otherwise I'd just put things like "give all societies more money", which would be great, but not feasible. 3 of the "I want to" bullet points aren't serious and I just put them in there as jokes.

What does SUSU mean to you? If you were to define its values in 5 words, what would they be?

Representation, education, wellbeing, societies, fun. Personally, this question feels vague and pointless as I can just list good things. To me, SUSU does what it can to make students happy. Mainly by getting the University to act on student issues and by helping societies make students happy.

There's been a visible drop in the number of students getting involved in societies over the last few years. How do you plan to address this, if at all?

As an engineer with a statistics brain, I'm not sure if the numbers are actually dropping since there are hundreds of societies and member numbers fluctuate. The last time I saw the statistics as Clubs & Societies officer, roughly half of students were in at least one society. More students in societies is great and one of my main aims as VP Activities. Although it's a really difficult problem to solve especially since SUSU's budget keeps getting cut. People mostly join societies around freshers' period before they've settled in and gotten used to habits, so I'll put a lot of effort into this period and give societies opportunities to run events, host open mic nights for people to try different performance things and lat performing societies find people. I also want the typical freshers' events light Grad Ball, Big Night Out and things like that to get societies involved in organising them and separate similar things for societies. But also, I'm not fully sure. These are just my ideas, so asking societies what they want is probably the best method.

Given there is already fair funding and guidance on applying for funding, how will your version improve upon what is already there?

You say you want to end climate change, how feasible do you think this is to do in one sabb term, or perhaps two if you get elected again?

Advertizing society events and helping them get more members… How will this differ to the bunfight refreshers fair?

Bureaucracy in processes are in place to ensure due diligence and proper consultation is carried out prior to the Students’ Union making decisions or taking action. Do you think removing this is appropriate as it would allow Student Officers and Sabbatical Officers free reign, potentially without accountability?

Corin has not spent any of their budget yet